Recently a friend told me how his wife (a housewife) got angry and threatened to leave… and then started packing up the china and wedding photos… no cloths or anything like that. The story got me to thinking about the fundamentals of the husband/wife or man/woman relationship, however one wishes to phrase it.
Most men can work and support the family while the woman stays at home as “the house-wife” and be perfectly cool with the situation. However, the same can not be said for the inverse.
Most women can not handle being the bread-winner or having what they perceive as the upper-hand in a relationship. Evidently they are bred that way because there are few exceptions to the rule that females will act like the Dark Lord Saron if they have any sort of advantage in a situation. A prime example is how the Angry Ginger will never allow me to live down the one time I was slightly intoxicated and called her little cousin a stupid… well anyway she remembers that just fine but not the time she chased me down in the back yard and peed on my leg. Another fine example is when she accidently broke my nose; she claimes to be absolved of fault because that was the second time it was broken in a week and it put my nose back almost straight again making it so I didn’t have to go to a plastic surgeon to get it straightened. (BTW, yes, the first break did involve me drinking and expressing my opinions)
My point is not just that I become charming and eloquent after a few drinks, but also that the female recollection of and reactions to “incidents” explains the relative lack of female world leaders.
If there had been women leading in 1776 we would still be fighting the Revolutionary War because both sides had to admit some fault in order for a truce to be secured. It is like back in 1982 the military government of Argentina asked the British for the Falkland Islands back and told Margaret Thatcher that she was wrong when she refused to return them… Three months later six hundred and fifty dead Argentinian soldiers demonstrated to the world what happens when a woman with power is criticised.
Since then virtually no women have been elected as head of state, a tact agreement among the global voters that no one wants to end up like those Argentine soldiers. We as men and spouses would be well advised to learn from that “incident” also; A criticized woman will show no mercy.

Satyricon- All Evil demo (1992)
Yes, Satyricon, perhaps a guilty pleasure, but this is a demo, issued in a time when Black Metal wasn’t popular, much less Satyricon and the debate about them had not even started yet. This is the band in this scene, that ended up akin to what Green Day was to punk, bringing the genre closer to the mainstream as a whole while alienating themselves away from the roots and sound of the music.
Satyricon has gained the label of Black-n-Roll and have what I would call a “Radio” sound, however being perfectly honest this is a sound that I hear on every album except this demo. Perhaps it is the natural progression of the band, considering that they were the only obviously “normal” people in the Norwegian Black Metal scene at the time.
For real, think about it; there was Varg with Burzum, he stabbed someone twenty-some times and was burning churches. Mayhem’s drummer left a suicide note “Sorry about the blood,” the singer made necklaces out of his skull and Darkthrone, well, they still look like they belong on a job-site with a ‘tater of Mexican swag in their lunch box, so of course Satyricon ended up making music that sounds poppy.
Whatever, enjoy it or join the crowd of people who think I am as dumb as I look. 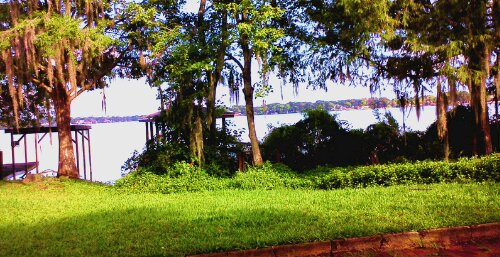