Rapeman is a math rock/ post hardcore/ noise rock/ art rock band from Chicago, getting their name from a Japanese comic… (Wiki) Yeah, I am not getting the name, just a guess, but it seems like one intended for shock value.
Aside from the name rapeman has a jangly sound and song structure that amiss them a bit difficult to listen to at times. But definatly different and worth the hard drive space.

“Sioum is an instrumental trio from the suburbs of Chicago, Illinois ” (Last FM) playing post-metal fused with classical and chiptune (video game sounds, yeah, that’s a new one on me too). It sounds real weird and is at moments, but overall it is pretty good. Definatly a new sound, and it is available for free or streaming via bandcamp. I’m not sure how much I like it. Seems like an odd thing to say, but it’s true.
They are instrumental so there is a natural point in their favor not having complex music polluted by someone’s voice. There are also moments when the sound approaches cheesy. Their songs are a collection of “moments”; That is to say in most of their songs there are several different moments with a distinct riff that resounds strongly, striking the listener, weather to or against their tastes. The songs are constructed almost like novelettes, which I find intresting if nothing else.
Enjoy… or detest.

Here again we have a YouTube only post, but this time it seems that the artists themselves don’t want people listening to their music.
This couple, playing emotional rock… yeah ok whatever. Haven’t they been living together for like a decade? It’s just lame for them to be playing that type music, and with a drum machine, of course.
The pictures that come up during this song go further to explaining what clowns these two are, some British butt-pirate and some chick from Florida who probably thinks she is special and cosmopolitan because doesn’t live in Florida anymore.
I listened to this because I saw that Coyotes in the Room covered this song, but once I saw those lame photos I just had to post something. I mean really look at these two; imagine what they must have looked like while posing for those pictures. You can hear them thinking how cool they are and how envious everyone is of their coolness.
They are so cool they gave each other names, and they tell people about it as if it should impress someone with their creativity. I can’t remember what stupid names that they came up with exactly, but something like Hair-Grease-Duffus and $20 Raw-Dog-Ride.
This is just too easy, I’ll stop now.

Has anyone else noticed how women don’t really get along? Two women living togather is akin to feeding a pair of pit-bulls togather; It might work for a moment, but sooner or later blood will be drawn. The same logic also applies to women living togather.
The reason for this is that women are inherently evil. Evil doesn’t work like negatives do in algebra where two negatives cancel each other out and create something positive; Ohh no, women don’t operate like that, it becomes a contest for being the dominant evil. It is almost like the Fire Marshall put a limit on how many people can be occupy one building just the same as Nature specifies how many straight, adult, females can live in the same dwelling; (1).

Yes, more Bone Awl. I have been on a post-rock/post-punk/post-hardcore kick for a couple weeks and haven’t been feeling black metal too much lately. That and the Great Imperial Federal File Erase earlier this year hit Black Metal pretty badly so it is harder to find good black metal albums.
Either way I love Bone Awl and am assuming everyone else does also. 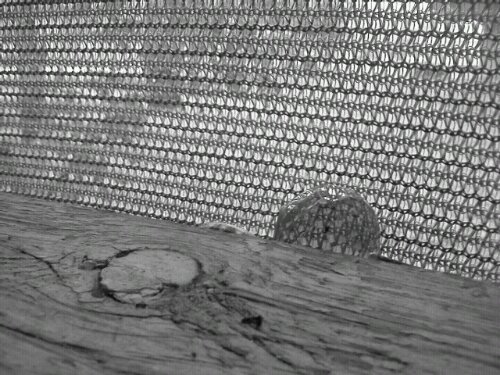 Instrumental Black Flag from 1985… Danger Dobbs recommended this album and is quite fond of it and the jazz influences and undertones. This is defiantly exploring new territory and is a classic release, no doubt. Myself though, I don’t “get it” as an album. In fact, this album is probably a good example of why I don’t appreciate Black Flag; It is not that I think they are bad, per se, but it is obvious that there other people who like Black Flag far, far more than I do.
In fact there are so many people who enjoy listening to Black Flag that the government has stepped in and taken measures so that fans can not download a free copy of this album… 27 years after it was recorded, by a “Do-It-Yourself” movement… So this is a YouTube only post, again.
I am glad someone has nothing better to do than worry about shit on the internet.

Another random post-rock post, I just happened across on YouTube. A solo-project, I didn’t see much info on them but the entire discography is available for free via bandcamp, which I like.
Post-Rock with an epic, electronica twist; good stuff.